Rethinking Food Politics in America: From Farmer’s Markets to Walmart

Called “A voice the food world needs” by the New York Times’ Dwight Garner, Tracie McMillan explores food and class in her first book, The American Way of Eating: Undercover at Walmart, Applebee’s, Farm Fields and the Dinner Table. As she chronicles her journey through three jobs in America’s industrial food system, McMillan makes the case that good food is not elitist. She will begin her talk with stories from her experience researching her book as she worked—and lived and ate—alongside indigenous farm workers, the white working poor, and immigrants to New York City. Those stories, in turn, will form the base for a conversation about American food politics, examining how socioeconomic class informs our national conversation about both food and opportunity in America. At its core, the discussion will explore the book’s central theme that everyone—regardless of class, creed or political orientation—wants good food, and the implications of using food politics to build common ground in the traditional political realm.

Tracie McMillan is a working-class transplant from rural Michigan, currently writing from Brooklyn about food and class for publications ranging from The New York Times to O: The Oprah Magazine. She is currently a Senior Fellow with the Schuster Institute for Investigative Journalism at Brandeis University. From the farm fields of California to the produce aisles of a Detroit-area Walmart to the kitchen of a New York City Applebee’s, McMillan’s story of living and eating off her wages asks important questions about food and class. 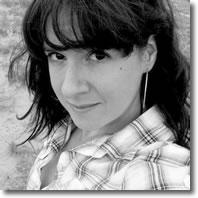