Coevolution is a process in nature that creates, through time, increasingly stable and resilient ecosystems. It occurs among at least two species in a mutually dependent manner and as a result of specific interactions. Driven by energy efficiency, it builds complex networks of mutually beneficial interrelationships where species become ever more specialized and tightly integrated. A classic example is that of predator-prey where there is pressure on prey to avoid capture and so predators must evolve to be more effective hunters. Another classic example is that of flowering plants and pollinators. Wessels will clarify how coevolution works and how it is a wonderful model for creating sustainable human systems. As an example, it is the scientific rationale for creating vibrant, local economies.

Tom Wessels is Professor Emeritus at Antioch University where he founded the master's degree program in Conservation Biology. As a terrestrial ecologist he has interests in forest, desert, arctic, and alpine ecosystems, plus geomorphology, coevolution, and complex systems science. As such, Wessels considers himself a generalist—something uncommon in academia. He is the author of numerous books. In The Myth of Progress: Toward a Sustainable Future he demonstrates how our current path toward progress, based on economic expansion and inefficient use of resources, runs contrary to three foundational scientific laws that govern all complex natural systems. It is a myth, he contends, that progress depends on a growing economy. Wessels explains his theory with his three Laws of Sustainability: (1) the law of limits to growth, (2) the law of thermodynamics, exposing the dangers of increased energy consumption, and (3) the law of self-organization, resulting in the diversity of highly evolved systems such as the human body and functioning ecosystems. His most current book is New England's Roadside Ecology: Explore 30 of the Region's Unique Natural Areas.

Moderator Brett Amy Thelen is Science Director for the Harris Center for Conservation Education. She took a course with Tom Wessels during her very first semester as a graduate student at Antioch University New England and has been following him around the woods ever since. 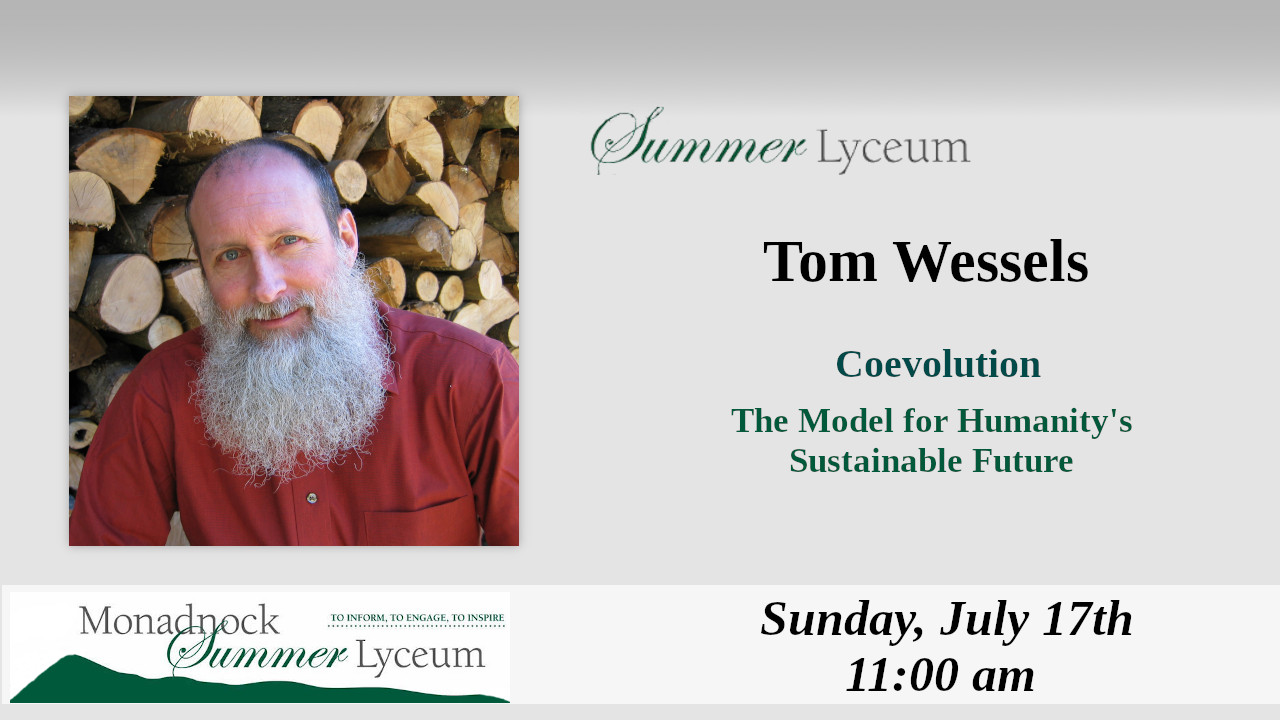 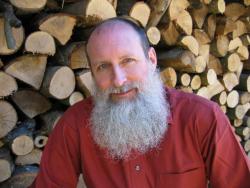