Honeybee Democracy: What Bees Can Teach Us About Collective Decision-Making

Honeybees make decisions collectively – and democratically. In late spring and early summer, as a bee colony becomes overcrowded, a third of the colony stays behind and rears a new queen, while a swarm of thousands departs with the old queen to produce a daughter colony.

Thomas Seeley will describe how these bees evaluate potential nest sites, advertise their discoveries to one another, engage in open deliberation, choose a final site, and navigate together – as a swirling cloud of bees – to their new home. We will see how evolution has honed the decision-making methods of honeybees over millions of years. We will also see that what works well for bees can also work well for people: any decision-making group should consist of individuals with shared interests and mutual respect, a leader’s influence should be minimized, a debate should be relied upon, diverse solutions should be sought, and the majority should be counted on for a dependable resolution.

Thomas D. Seeley, biologist and writer, is the Horace White Professor in Biology at Cornell University. He teaches courses on animal behavior and does research on the behavior and ecology of honey bees. Tom is an avid beekeeper and began keeping bees while a high school student. He earned his AB in chemistry from Dartmouth College and his PhD in biology from Harvard University. His scientific work is summarized in four books: Honeybee Ecology, The Wisdom of the Hive, Honeybee Democracy, and Following the Wild Bees. In recognition of his scientific contributions, he has been awarded a Guggenheim Fellowship and elected a Fellow of the American Academy of Arts and Sciences. He writes: “These are nice awards, but for me the most important prizes by far are the discoveries that I have made about the inner workings of honey bee colonies.”

Sponsored by The Gilbert Verney Foundation 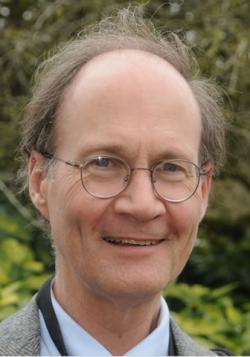