From Enemies to Enlightenment: The Hidden Gift Within Racial Tension

In 2003, not long after graduating from college, Theo Wilson was handcuffed to a chair and beaten by Denver police. The trauma of that assault along with the homicide of a childhood friend, followed by the many appalling deaths of black men and women over the ensuing years, led Theo to speak out and seek healing by publishing videos on YouTube that attracted both a huge following and many hateful comments. Endless hours of engaging with his detractors left Theo perplexed and dissatisfied; consequently, he used his skills to go undercover online in the alt-right, creating a persona as a white supremacist. Out of the experience, he developed an unexpected deep, emotional understanding and compassion for those who hated him. He asks now how social media algorithms have exacerbated political and racial divides. How can we heal them? Are real-life, face-to-face conversations with difficult people a way to bring together our fractured nation?

Since a teenager, Wilson has had a passion for social justice and for art. At 15 he began his speaking career with the N.A.A.C.P, completed a degree in Theatre Performance at Florida A&M, and as the slam poet Lucifury, was a founding member of the Denver Slam Nuba team winning the National Poetry Slam in 2011. His first book, The Law of Action in 2017, argues for action as a wellspring of spiritual growth and a means of understanding and changing the darkness in our world and ourselves. At home in Denver, he is Executive Director of Shop Talk Live, with the barber shop as a staging ground for community dialogue and healing. For the past fifteen years, he has also been a guest poet with Art from Ashes, helping at-risk youth overcome trauma and save relationships.

Moderator Doug Sutherland is originally from St. Louis, MO. He moved to New Hampshire to work directly with children and adults in the outdoors. Currently, he is the Camp Director at the Barbara C. Harris Camp in Greenfield, NH. 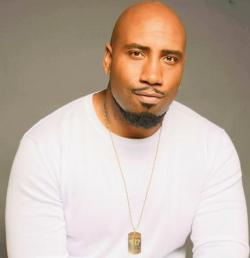