What Teachers Make: In Praise of the Greatest Job in the World

Taylor Mali is a poet from the New York poetry slam scene who is also a vocal advocate for teachers and of the nobility of teaching. Mr Mali has been walking the "road less traveled" since 2000, when he said goodbye to his last sixth-grade class at a school in New York City. Although he often says that’s the day he put his teaching career on hold, the truth is that you can never quite take the classroom out of the teacher even if you take the teacher out of the classroom. This is especially true if that teacher is primarily a poet who considers it his mission in life to "delight and instruct," as Horace said was the duty of all poets.

For twelve years now, Taylor has made his living as a professional poet, meaning he is part itinerant creative writing teacher, part motivational speaker, and part traveling bard. He is in demand as an inspirational performer and guest teacher at high schools, colleges and conferences all over the world. He is deeply involved with “Page Meets Stage” at the Bowery Poetry Club and has made a number of appearances on HBO’s Def Poetry. His poem "What Teachers Make" has gone viral on the internet in several forms and has been seen by over four million people on YouTube. This past spring saw the publication of a book of essays and reflections on teaching entitled, What Teachers Make: In Praise of the Greatest Job in the World - a tribute to our friends the teachers.

Taylor is a great performer who should be experienced live, but his work is also powerful on the printed page. He is also a vocal talent doing voiceovers for commercials and reading for audio books. He has a very entertaining and informative website at www.taylormali.com. 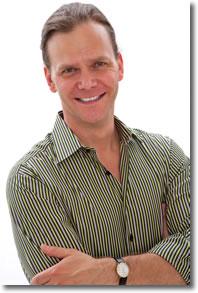