Are We Curing Cancer?

The War on Cancer was launched more than four decades ago. We have learned an enormous amount about a disease that four decades ago was a mystery. This raises the question: has the explosion in knowledge about the origins of the disease led to corresponding advances in treatment?

In fact, the results are mixed. Death rates from some forms of cancer have changed significantly; included here are those caused by chronic myelogenous leukemia, certain types of lymphoma, colorectal cancer, and cervical cancer. At the same time, death rates in patients suffering from other types of cancers have hardly changed at all; in the latter category are pancreatic cancer and lung cancer. Why has this disease has proven to be such a formidable foe? In fact, cancer represents more than 200 distinct disease entities, with many of these having distinct subtypes. This complexity is further increased by the fact that the individual tumors belonging to a given type of cancer may bear different sets of mutant genes whose actions can cause each of these tumors to behave differently in response to therapy. Finally, within individual tumors there are subpopulations that may respond differently to therapy.

Recently developed immunological strategies for attacking cancer may change this dynamic somewhat. Still, it is clear that the progress in reducing cancer mortality in the foreseeable future will occur incrementally, with no single discovery leading to miraculous cures for all types of cancer. The sources of these difficulties and the prospects for major breakthroughs will be described.

A Founding Member of Whitehead Institute, Robert A. Weinberg is a pioneer in cancer research most widely known for his discoveries of the first human oncogene – a gene that causes normal cells to form tumors – and the first tumor suppressor gene. 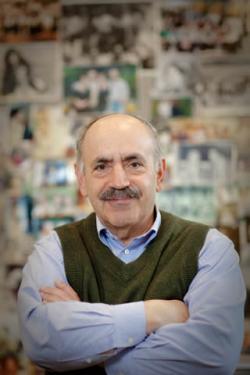