Every society creates the vampire it needs: Vampires, Morality and the Fate of the Planet

After the illness and death of her late husband, acclaimed author and National Public Radio correspondent Margot Adler began to read vampire novels as a meditation on mortality. This meditation soon became an obsession. Adler has read over 250 such novels ranging from teen to adult, from detective to romance, from gothic to modern. "Every society creates the vampire it needs," wrote the feminist scholar Nina Auerbach. England in the 19th century had the largest ports in the world, so Stoker created his version of Dracula in part, because of England’s own fear of outsiders, disease, and immigration. In the last twenty years, but possibly going back to Dark Shadows, in 1967, and the vampire Barnabus, our society has created a very different kind of vampire from Stoker and other previous visions.

Adler believes that ours are all struggling desperately to be moral despite being predators, and they often fail, as do we. Our blood is oil; our prey is the planet. Starting in the late sixties, we began to see our own planet as fragile and vulnerable. We saw our own role as morally compromised. Everybody thinks that the interest in vampires is all about teens and sex, but Adler argues that it is issues of power, choice, identity, the fate of the earth and the sense of teens as outsiders that give vampires their current traction today.

Margot Adler has been a correspondent for NPR for more than three decades. Her reports air on NPR's Morning Edition, All Things Considered and Weekend Edition. She is the author of Drawing Down the Moon and Heretic's Heart, a 1960's memoir. 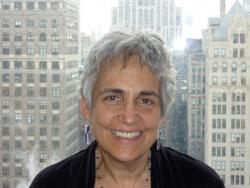