Our nation that has promised to lift the lamp beside the golden door, yet we continue to struggle with providing justice for immigrants. Despite pledges of relief for asylum seekers at our borders, as well as for millions who live here without benefit of a pathway to citizenship, immigrants remain at the center of a human rights crisis. How do we enact our commitment to their rights and dignity?

Maggie Fogarty, co-leader of the NH American Friends Service Committee, sees her role as being present with and elevating the voices and leadership of people whose dignity is threatened. That means standing with immigrants and refugees and standing against policies that demean or exclude them. “There is no way we are going to get where we are going without standing for and standing against.” Fogarty brings a message of hope that we can build the world that we all deserve.

Fogarty joined the staff of NH’s AFSC in 2007 after she and her family returned to the US after living and working for several years in Bolivia. Her work in New Hampshire is dedicated to movement building for economic justice, racial justice, immigrant rights, and nonviolence. As a community organizer, policy advocate, and coalition builder, she is grounded in Quaker values and committed to preserving the essential dignity of the human person. As part of her approach, Fogarty seeks to ensure that those whose rights are the most directly impacted are supported as leaders in the struggle for justice. She has served on the boards of numerous agencies, including the Concord Coalition to End Homelessness and Housing Action NH. She is the convenor of the NH Immigrant Rights Network and co-leader of the NH Immigrant Visitation Program. Fogarty holds degrees in history and religious studies. She currently lives in Dover.

Moderator George Bruno has been an advocate and litigator for civil rights in the US, and for human rights around the world.  In 1971 he established NH Legal Assistance and the NH Public Defender. Over the years he has been a frequent lecturer for the State Department on legal services, human rights, and foreign policy throughout Asia and Latin America.  In 1994, he was named U.S. Ambassador to Belize by President Bill Clinton. He is now an immigration attorney, of counsel, with Mesa Law LLC in Manchester, NH, representing clients around the world. 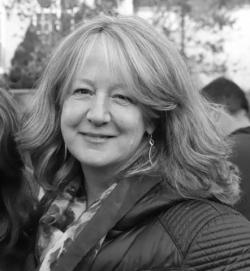