Real Food, Fake Food: Why You Don’t Know What You’re Eating and What You Can Do About It

Named one of “The Best New Books” of 2016 by People Magazine, Larry Olmsted’s Real Food, Fake Food: Why You Don’t Know What You’re Eating & What You Can Do About It was a New York Times, Washington Post and Wall Street Journal Bestseller.

Olmsted, an award-winning journalist and creative writing visiting professor at Dartmouth College, will talk about the food situation in America, describe real and fake food, and explain how this issue permeates our daily life at home, in the supermarket, and in restaurants. He will also explain the circumstances that led him to these discoveries and to write Real Food, Fake Food. As the book was recently released in a paperback edition with some new material, he will also discuss changes that have taken place, good and bad, since the hardcover book was released two years ago.

Olmsted is also the author of Getting Into Guinness, a look at the rich history and cultural impact of the bestselling copyrighted work of all time, the Guinness Book of World Records. He was named one of the “10 Most Extreme U.S. Journalists,” by the Society of Professional Journalists and Travel Writer of the Year by the Governor & State of Mississippi. Olmsted is currently a columnist for USA Today and Forbes.com, and the Contributing Travel Editor for Cigar Aficionado magazine. He has published over 6,000 articles for major newspapers, magazines, and their websites worldwide.

Olmsted also appears frequently on television and radio and has been a guest judge on Gordon Ramsay’s Master Chef, spoken on culinary topics at South By Southwest, and has appeared eight times on the Dr. Oz Show, discussing food fraud and safety issues related to his book. He has also addressed these topics on a variety of other television programs. 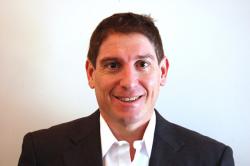