The lives of Joseph and Rose Kennedy's children and grandchildren have been extensively examined in the media. The “Camelot” years of JFK and Jackie, John's and Bobby's assassinations and Ted's personal and political life are part of our history. However, there is one Kennedy about whom we've known little, until now. Kate Larson’s latest work reveals the central role the tragic life of the Kennedys’ eldest daughter played in shaping one of our nation’s most famous families. Joe and Rose Kennedy’s strikingly beautiful eldest daughter attended exclusive schools, was presented as a debutante to the queen of England, and traveled the world with her high spirited sisters. Yet Rosemary was intellectually disabled, a secret fiercely guarded by her powerful and glamorous family. Larson, using major new sources—Rose Kennedy’s diaries and correspondence, letters from Rosemary’s teachers and doctors, and exclusive family interviews— brings Rosemary alive as a girl adored but left far behind by her competitive siblings. Larson will talk of both the sensitive care Rose and Joe gave to Rosemary and then —as the family’s standing reached an apex—the often desperate and duplicitous arrangements the Kennedys made to keep her away from home as she became increasingly difficult in her early twenties. It was an experimental lobotomy gone terribly wrong that ultimately inspired her siblings to direct attention to the plight of the disabled, transforming the lives of millions.

Kate Clifford Larson is the author of three biographies. Her book on Rosemary Kennedy is now number eight on the best seller list. She holds a doctorate in history from the University of New Hampshire, specializing in 19th and 20th century U.S. Women's and African American history. 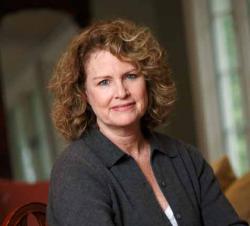