Equal Citizens or Oligarchy: New Hampshire and the Cross-partisan Movement for the 28th Amendment to the US Constitution

Constitutional attorney Jeff Clements is a founder and current President of American Promise, the national organization leading the cross-partisan campaign for the 28th Amendment to the U.S. Constitution. The organization has thousands of members in every state, including New Hampshire.

Clements will describe his mounting concerns about the current assaults on American democracy. These include systemic corruption, unequal representation, and control of elections and policymaking by powerful, wealthy interests.  He supports a new 28th Constitutional Amendment that would limit election funding, thus combating corruption and securing free speech and equal representation for all Americans.

According to Clements, the story of American democracy is that of citizen-driven constitutional amendments. He will describe how the U.S. Constitution and its First Amendment have been radically transformed by recent Supreme Court decisions declaring corporations, unions, and virtually any other source of money in politics to be “free speech,” thus immunized from reasonable limits. This transformation endangers the foundations of liberty and republican government: equal, responsible citizens and sound checks and balances.

Clements believes that the proposed 28th Amendment will rebuild our constitutional foundation for effective self-government. The citizen-driven campaign of American Promise to win that amendment calls every American to work to repair the national civic fabric while driving forward historic, permanent reform.

Clements is the author of Corporations Are Not People: Reclaiming Democracy From Big Money & Global Corporations. He has been a partner in a major Boston law firm and has served as Massachusetts’ Assistant Attorney General and Chief of the Public Law Enforcement Bureau. In 2012 Clements founded Whaleback Partners LLC, which provides sustainable financing to businesses in the local agriculture economy in New England. In addition to the board of American Promise, Clements serves on the vestry of Trinity Episcopal Church in Concord, Massachusetts. 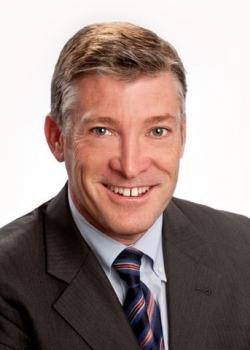