Writing Near the “Third Rail”: Weaving Social Issues Into Mysteries

What do family businesses, anonymous sperm donation, sports-related concussions, and evangelical megachurches have in common? All are “third rail” issues that novelist Ingrid Thoft explores in her mystery/thriller series starring the Boston private investigator, Fina Ludlow.

Join author Ingrid Thoft for a lively morning as she discusses writing and how she weaves social issues into engaging mysteries. She will share how she identifies and researches these “third rail” issues and examine how fiction – even in the mystery and thriller genres – can pose thought-provoking questions and prompt readers to examine their own perspectives and biases.

Born in Boston, Massachusetts, Ingrid Thoft is the author of the critically acclaimed Fina Ludlow series. In Loyalty, Identity, Brutality, and Duplicity, the Boston private investigator tangles with the city’s criminal element and her family of personal injury attorneys. The series has been called “dazzling” by Publishers Weekly and “modern noir...[with] a new generation kick-ass heroine” by the Cleveland Plain Dealer. Brutality won the Shamus Award for Best Private Investigator Novel awarded by the Private Eye Writers of America. Loyalty was nominated for the Shamus Award for best debut P.I. novel and received the Spotted Owl Award for best debut mystery by a Pacific Northwest writer.

Thoft earned a certificate in private investigation from the University of Washington in her quest to create a believable private investigator character, and is also a graduate of Wellesley College. A member of the popular Jungle Red Writers blog, she lives in Seattle with her husband and participates in Seattle- 7Writers, a collective of Pacific Northwest authors whose mission is to foster and support a passion for the written word in our community and everywhere.

Sponsored by The Reading Foundation 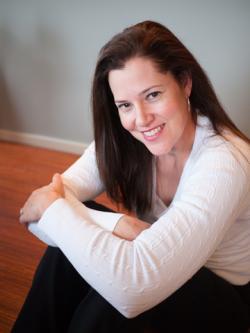