Forging a New Politics To Drive Real Change in America

It is simply unimaginable that American politics as we know it today will deliver major environmental and social gains for people and planet. Political reform and building a new progressive movement in America must be our number-one priority. Above all, we must build a government truly of, by, and for the people.

The conventional diagnosis is that our national politics, and the governance it yields, are dysfunctional, with Washington beset by polarization and gridlock. This diagnosis sees government, the principal means we have to address the country’s mounting problems, as broken and unable to perform.

It is indeed true that Washington today is failing the country across a wide front, and this failure is the source of much frustration and even anger. But our national political condition is actually more dire than this diagnosis suggests. Gus Speth will present a platform of pro-democracy political reforms now needed at the national level, as well as prospects for the birth of a major popular movement that might drive political and other changes, including prospects for the 99 percent movement. 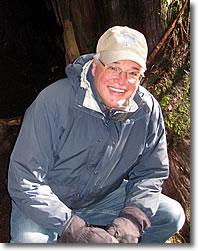