The Resisters: On Writing a Baseball Dystopia

Noted author Gish Jen has long been known as a chronicler of the American experiment. She is also given to throwing a curveball. Her newest book, The Resisters, was a surprise even to her. How did she come to write a post-automation, surveillance state, feminist baseball dystopia? Did she even know anything about baseball? Why is the book at once so alarming and so warm? And isn’t it really about parenting? She will attempt to answer these and other questions.

Gish Jen has published short works in the New Yorker, the Atlantic Monthly, and dozens of other periodicals, anthologies and textbooks. Her work was featured in a PBS American Masters special on the American novel. Jen is a member of the American Academy of Arts and Sciences. She is an awarded author of fiction and non-fiction including Mona in the Promised Land,

Katrina Kenison, Peterborough resident since 2004, began her publishing career at Houghton Mifflin Company in 1981. In 1990 she became the fourth Series Editor of The Best American Short Stories. She and Gish Jen met in 1992 when they were both pregnant, wrapped in towels, in the locker room of a health club in Cambridge. They realized they had more in common than impending motherhood, and a lifelong friendship was born. 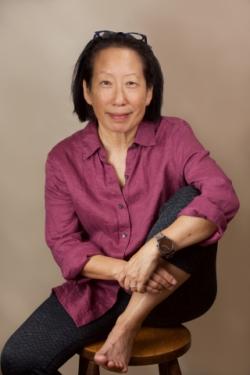