Is There an America Beyond Capitalism?

Gar Alperovitz calls for an evolution, not a revolution, into a new system that would democratize the ownership of wealth, strengthen communities in diverse ways, and be governed by policies and institutions sophisticated enough to manage a large-scale, powerful economy.

What is the next system? It is not corporate capitalism, not state socialism, but something else— something entirely American, something building on our pragmatic American “can do” spirit that is also sophisticated about what it will ultimately take to alter our corporate dominated system over time.

Due to ongoing failures and frustration, the seeds of a new economy are forming. Thousands of innovative institutions and ecologically sustainable practices are developing just beneath the radar of traditional press reporting. More than 130 million Americans are members of cooperatives; more than 10 million are involved in worker- owned companies. Many states are exploring public banks like that which has operated in North Dakota for more than 90 years.

The time is right for a major new movement—one that is both practical and inspirational.  Alperovitz’s new book, What Then Must We Do, is about what it will take to build a new system to replace the decaying one—and how over time to step by step strengthen our communities through cooperatives, worker-owned companies, neighborhood corporations, small and medium-size independent businesses, and publicly owned enterprises.

Gar Alperovitz, is the Lionel R. Bauman Professor of Political Economy at the University of Maryland and cofounder of the Democracy Collaborative. He has served as a legislative director in the U.S. House of Representatives and the U.S. Senate, and as a special assistant in the Department of State. Earlier he was president of the Center for Community Economic Development, co-director of The Cambridge Institute, and president of the Center for the Study of Public Policy. 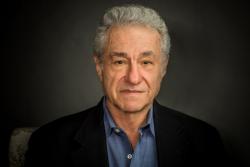