“I wish to have it accomplished under pretext that may deceive both them and the Public,” the President wrote to his secretary.

The writer was George Washington. His astonishing deception is revealed in a new book, Never Caught: The Washingtons’ Relentless Pursuit of their Runaway Slave, Ona Judge by Erica Armstrong Dunbar. The father of our country skirted Philadelphia’s anti-slavery laws during his term in office, cycling his slaves in and out of Mount Vernon every six months to avoid the city’s time limit on slaveholding. However, he met his match in one enslaved young woman.

Never Caught is the first full-length account of the life of Ona Judge, who was owned by George and Martha Washington. The amazing interviews she left behind offer the only existing testimony from an enslaved person owned by the first First Couple. They are quite possibly the only first-person account of an eighteenth-century fugitive. Decades before the beginning of an Underground Railroad, Judge managed to steal away from the first president of the U.S., and although the Washingtons pursued her until the end of their lives, Judge remained at large until her death in New Hampshire in 1848, outliving both her owners by almost half a century.

A meticulous researcher and renowned scholar, Armstrong Dunbar is the Blue and Gold Professor of Black American Studies and History at the University of Delaware. Her first book, A Fragile Freedom, chronicled the lives of African American women in the urban north during the early years of the Republic. She has been named a distinguished lecturer by the Organization of American Historians and has received fellowships from the Ford Foundation, Mellon Foundation, and Social Science Research Council. She has appeared in the documentaries Philadelphia: The Great Experiment and The Abolitionists, a PBS American Experience production. 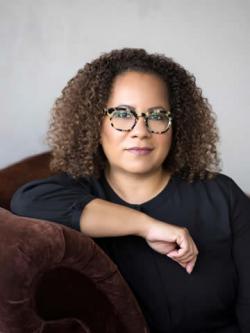