Confess or Deny: What's a "Witch" to Do?

In 1692 Salem, Massachusetts John Westgate overheard Alice Parker quarreling with and scolding her husband in a local tavern. Westgate thought Parker exhibited shameful behavior for a good Puritan woman, and he presented this damning evidence against Alice at her witchcraft trial. He claimed that immediately afterwards a black hog ran toward him, threatening to devour him. He realized that it wasn’t a real hog, and that it might have been the devil, most likely brought directly to him by Alice Parker, thus proving that she was a witch. Westgate successfully linked the accused woman with misdeeds unbecoming of a Puritan woman, and more importantly, he linked her to Satan himself.

What could a woman confronted with “evidence” like this do? Denial was dangerous, as all the women who denied the charges were hanged. They could not successfully prove that they had had no dealings, however trivial, with the devil; in other words, that they had not sinned in any way. Confession was a more promising strategy to save one’s life, but the court sought only certain confessions: those accompanied with sincere contrition and apology. Confessions, however, further allied women with the devil, confirming that women were indeed more evil than men, despite Puritan theology that suggested spiritual equality among women and men.

Elizabeth Reis is the author of Damned Women: Sinners and Witches in Puritan New England and the editor of Spellbound: Women and Witchcraft in America. She also published Bodies in Doubt: An American History of Intersex. Reis received her PhD in History from University of California, Berkeley. She is Associate Professor of Women’s and Gender Studies at the University of Oregon. 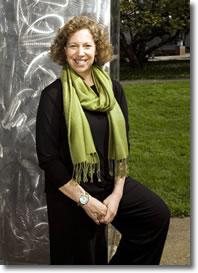