The Ship That Held Up Wall Street

In 1982, more than 11,000 New Yorkers saw archaeologists at work on an excavation project at 175 Water Street, just blocks from the heart of New York’s Financial District. Then it was all gone. What would an underwater archeologist find beneath the pavement of Lower Manhattan? The remains of a colonial merchant ship.

Dr. Warren Riess, who co-directed the excavation, will discuss the endeavor and the results of thirty-five years of research that led him to identify the ship and discover its history. His investigations have answered important questions about colonial ship design, the merchant trade, and the development of early New York, Charleston, and Virginia. His book about the project, The Ship That Held Up Wall Street, was published in 2014.

Dr. Riess is Research Associate Professor of History, Anthropology, and Marine Sciences at the University of Maine. His work has focused on the maritime history and archaeology of Colonial and Revolutionary America. Riess is the principal investigator of ship remains discovered at the World Trade Center in 2010, as he was for the shipwreck sites of the Revolutionary War Penobscot Expedition and the 1710 Nottingham Galley (at Boon Island) in the 1990s.

Dr. Riess wrote the book Angel Gabriel: The Elusive English Galleon and has written articles about maritime history and archaeology for publications including Sea History, International Journal of Nautical Archaeology, and International Journal of Maritime Economic History. His archaeology accomplishments have been featured in a special for the Maine Public Broadcasting System and articles in Archaeology Magazine, the New York Times and the Washington Post.

Dr. Riess serves as President of the North American Society for Oceanic History. Previously, he was a curator at The Mariners’ Museum, a consulting curator for the Peabody Museum and the Smithsonian Institution, and consulting archaeology editor for National Geographic Magazine. 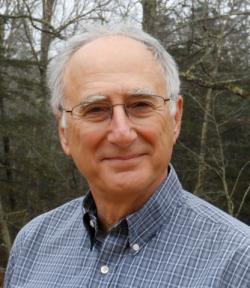