Dr. Alan Hirshfield will share with us the story of how a cadre of amateur and professional astronomers turned away from their traditional study of celestial navigation. Instead, at the end of the nineteenth-century they brought two promising high-tech instruments — the camera and the spectroscope — into the observatory, imaging never-before-seen celestial landscapes and revealing the physical nature of stars and nebulae.

The path to a broader mode of cosmic observation was blazed by a cadre of nineteenth--century amateur astronomers and inventors, galvanized by the advent of photography, spectral analysis, and innovative technology to create the entirely new field of astrophysics: from William Bond, who turned his home into a functional observatory, to John and Henry Draper, a father and son team who were trailblazers of astrophotography  to geniuses of invention Léon Foucault, and George Hale. In 1929, Edwin Hubble announced the greatest discovery in the history of astronomy since Galileo first turned a telescope to the heavens. The galaxies, previously believed to float serenely in the void, are in fact hurtling apart at an incredible speed. This stunning discovery was the culmination of decades of scientific and technical advancement. In its shadow lies this untold, yet equally fascinating, backstory whose characters illuminate the gritty, hard-won nature of scientific progress.

Please join us as Dr.Hirshfeld reveals the incredible stories—and the ambitious dreamers— behind the birth of modern astronomy.

Alan Hirshfeld, Professor of Physics at UMass Dartmouth  is the author of Parallax: The Race to Measure the Cosmos, and most recently Starlight Detectives: How Astronomers, Inventors, and Eccentrics Discovered the Modern Universe, named among the “Best Nonfiction Books of 2014.” He teaches, writes, and lectures about science history and discovery. Over the past thirty years, more than 5,000 university students have passed through his classroom. 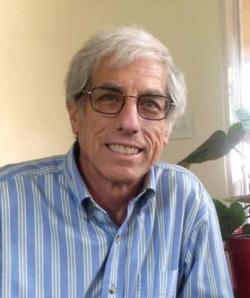