Waking Up White and Finding Myself in the Story of Race

Debby Kittredge Irving has worked since the 1980s to foster diversity, inclusiveness, and community-building. In her book, Waking Up White and Finding Myself in the Story of Race, Irving uses her experience of being a white woman coming to terms with the complexity of racism in the United States and her own perceptions as a lens to explore the role white allies can play in racial justice work. Irving notes that she wishes someone had handed her a book like her own decades ago, as it would have helped her examine and change her own cultural, racial, and class assumptions.

In her Lyceum presentation, Irving will share her own struggles to understand racism and the sources of racial tensions, with the goal of helping others move forward in their own thinking, talking, and behaviors. As she shares her own long-held beliefs about colorblindness, being a good person, and wanting to help people of color, she reveals how these well-intentioned mindsets actually perpetuate ill-conceived ideas about race. In her presentation, as in her book, she will offer fresh perspectives on bias, improved inter-racial dialogues, and the importance of the overall racial justice movement.

As general manager of Boston’s Dance Umbrella and later First Night, Irving developed both a passion for cross-cultural collaborations and an awareness of the complexities inherent in these relationships. She has worked as a teacher and racial justice consultant in a wide range of school and community settings, facilitating candid discussions that nurture stronger community connections.

Irving holds a BA from Kenyon College and an MBA from Simmons College. Presently she lives in Cambridge, Massachusetts, with her husband Bruce where they are raising two daughters and an assortment of pets. 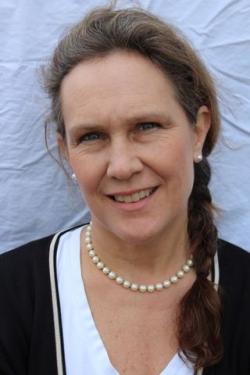