Poor (in) Democracy: How America is Defaulting on Democracy, and the Long Walk to Get it Back

According to Weeks, American government no longer works for the American people, because special interest money has infected the political process. On issue after issue of national concern, ordinary people are paying the price for systemic corruption in Washington. Nowhere are the effects of America’s democracy deficit more strongly felt than among the 50 million people living below the poverty line. From voting to lobbying to funding political campaigns, these “second-class citizens” are systematically excluded from politics by a host of formal and informal means.

Daniel Weeks has seen poverty and political exclusion up close. From 2012-14, Mr. Weeks traveled 10,000 miles through 30 states by Greyhound bus interviewing Americans in need while maintaining a poverty-line budget of $16 per day. He recorded his experiences, from benches on Capitol Hill to the Lower Ninth Ward of New Orleans, from the desert colonias of Texas to Skid Row in LA, in his “Poor (in) Democracy” profiles and analyses, written for The Atlantic and the University of New Hampshire. These essays help put a human face on poverty and political inequality in 21st century America. 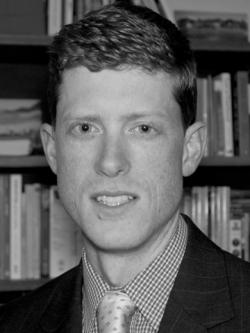