Cheap Grace and the American Way of War

Drawing on Dietrich Bonhoeffer's concept of "cheap grace," Andrew Bacevich exposes the chronic defects in the current U. S. approach to waging war.  He explains why the world's most powerful military doesn't win and why the nation's reliance on professional soldiers has turned out to be such a bad bargain. When American soldiers deploy to places like Iraq and Afghanistan, what is the cause for which they fight?  The patriotic answer is this:  they fight for freedom.  Challenge that proposition and you’ll likely pick a quarrel.  Endorse it and the conversation ends:  what more is there to say?

In his lecture, Bacevich will suggest that at least two elements of that assertion merit serious further examination.  Does fighting as such actually contribute to freedom’s preservation?  And to what extent is freedom as actually exercised worth fighting for?  Bacevich will suggest that as far as the post-9/11 period is concerned, neither of those questions merits an affirmative answer.  Only by resurrecting the tradition of the citizen-soldier, he suggests, will the United States be able to restore U. S. national security policy to a sound footing.

Andrew Bacevich is a professor of history and international relations at Boston University.  Among his several books are The Limits of Power:  The End of American Exceptionalism and Washington Rules:  America's Path to Permanent War.  His articles and op-eds have appeared in publications ranging from Harper's and The Atlantic to the New York Times and the Boston Globe.  His latest book, The New American Militarism: How Americans Are Seduced by War appeared in April of this year, and he has a new book, Breach of Trust:  How Americans Failed Their Soldiers and Their Country, which will come out this fall. 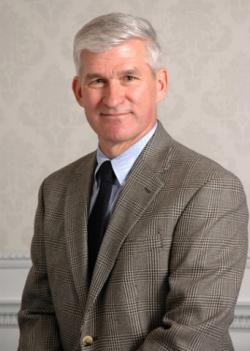